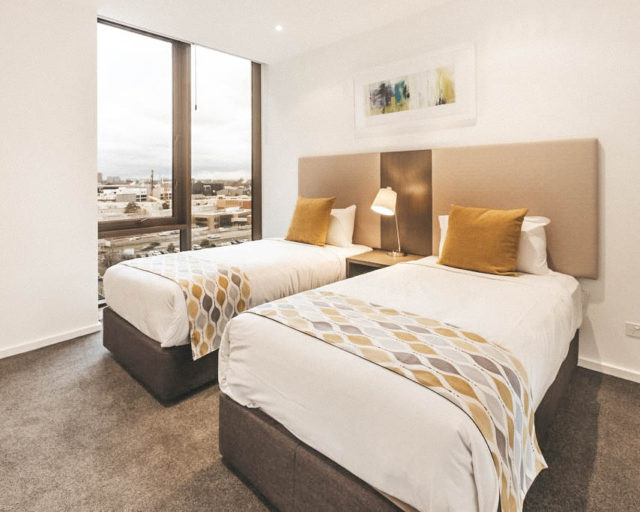 Australia is located in a Southern Hemisphere of the earth. That means that 4 seasons in Australia are in the next order. Summer is from December to February, Autumn is from March to May, Winter is from June to August and the Spring is from September to November. Melbourne is a city with plenty of popular events and short term accommodation in Melbourne for the whole year, that’s why Melbourne is one of the most visited cities in Australia. When is the best time to visit Melbourne depends on what you like?

Summer is the high tourist season and also the most expensive one. The main attraction in summer is the first Grand Slam tournament of the year the ” Australian Open” that is played in January. The second big sports event is Crickets Boxing day that begins in December. Summers in Melbourne are very hot with very high temperatures so it is an ideal time for beach and vacation. Other popular events in Melbourne during Summer are Christmas, New Year eve and White Night Melbourne.

Autumn is the time of the year when temperatures are moderate and pleasant. The main event in Autumn is the traditional first race in Formula 1 season the Australian Grand Prix. The race is in March. Melbourne is very beautiful at this time of year because of trees golden-foliage. You can eat great food and taste wine at the “Melbourne Food & Wine Festival”. “Virgin Australia Melbourne Fashion Festival” is a very popular event as well.

Winter is the coldest time of the year and the offseason in Melbourne. That’s why it is also the cheapest. Indoor cultural events are the basically only thing you can visit during wintertime

Spring as Autumn is a very good time for picnics, bike rides and exploring city. “Melbourne Fashion Week” and “AFL Grand Final” in September “Melbourne Festival” in October” and”Melbourne Cup Carnival” in November are the most popular and visited events in Melbourne in the Spring.